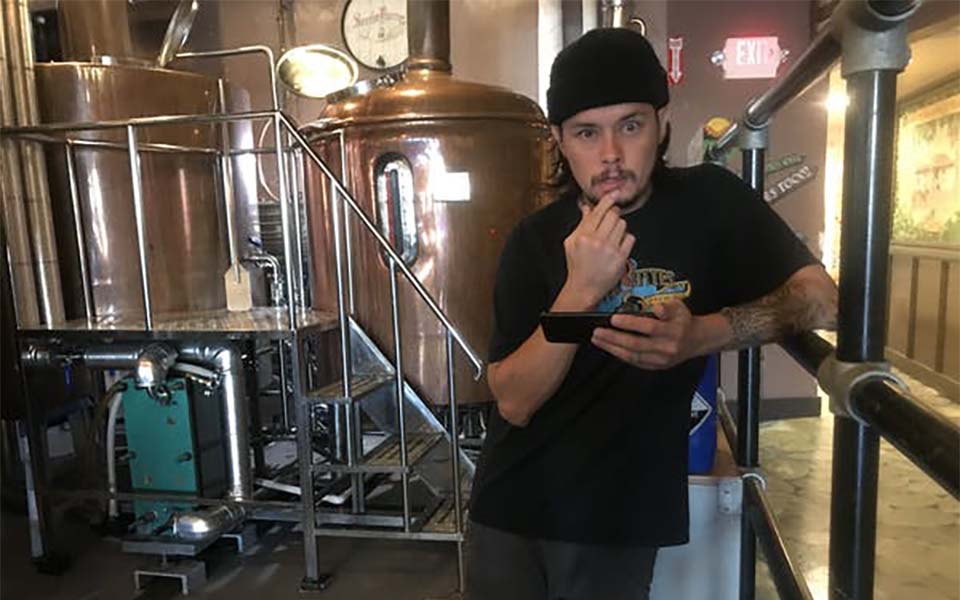 The other day our brewer Chris Pickens was talking with Zach Fasher the brewer from Slice Brewing Co. in Lincoln, CA. They were commiserating about the difficulty in getting some of the more in-vogue hops with the demand from all the craft breweries out there. Chris had been looking to find some new and interesting hops to use in some of our new beer recipes and was coming up empty on finding what he wanted.

As I related in my last posting, the fraternity of brewers is almost universally one of collaboration, not competition. True to this idea, Zach mentioned that he was sitting on a bunch of Eukanot hops that he was unlikely to use under his hop contract and he was willing to sell them to us for a good price. We jumped at the opportunity.

Eukanots are a big hop with a wide-ranging flavor profile. Kegerator.com describes them as having “fruity aromatics such as lemon, lime, pithy orange, tropical fruit, berry, papaya, and sometimes apple. Along with these, there may be more herbal notes, like sage and eucalyptus. Possibly even a background note of hay and cedar may also be noted.” We were understandably excited to give these bad boys a run in our brewery.

Coming off his last big success brewing our first hazy IPA – Ekstasis, Chris went to work making a follow-up beer using our Eukanots. Yesterday the brewery was alive with the smell of our newest brew and the delightful aroma of Eukanots in the boil. This yet-to-be-named beer will be a session beer, about 4% ABV and 30 IBU. We were hoping to release it in time for the premiere of our episode of It’s How You Get There coming up this Sunday, August 16th, on The History Channel. Unfortunately, it won’t be ready in time. It should, however, be ready in a few weeks and ready to enjoy.

It is always exciting to experiment with new ingredients and build interesting beers with unique flavor profiles. Sometimes collaboration and the help of the brewing community at large are needed to facilitate moving forward with new ideas. We are thankful for brewers like Zach at Slice Brewing and Charlie at Secret Trail Brewing in Chico for their willingness to share ideas. Anytime we can return the favor we are always willing.