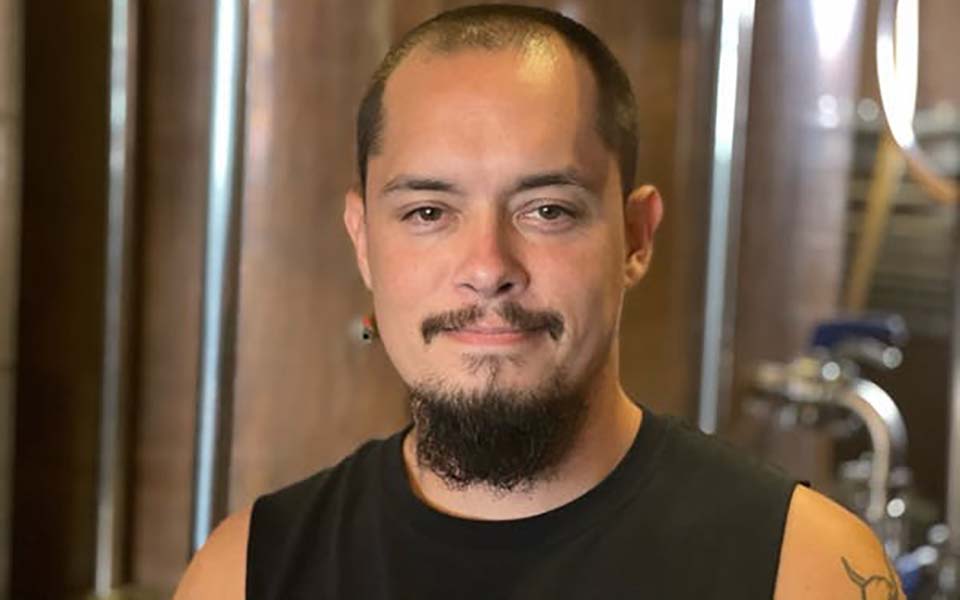 Our friends at the Yuba City Downtown Business Association (DBA) recently interviewed our Head Brewer Chris Pickens for their newsletter. Here is the complete interview.

DBA – Who taught you to brew?

C.P. I was taught how to brew by the Founder of Sutter Buttes Brewing, Mark Martin (R.I.P.). Mark gave me his old homebrew equipment which allowed me to begin developing more of an understanding of the finer details of brewing while I continued to assist and work under him and his then-current brewer, Peter Hoey. Peter is now co-founder and Brewmaster at Urban Roots Brewing in Sacramento and continues to produce some of the highest quality beers in the industry. Another mentor was Mac Paye, a former assistant brewer. He shared many stories of what got him interested in brewing and gifted me a very precious book, “How to Brew” by John Palmer. It ignited a fire and passion inside of me to want to learn as much as possible about the art of the craft. That is a gift I will be eternally grateful for.

DBA – What was the first beer you ever brewed?

C.P. The first beer that I ever brewed and designed myself was a 6% Saison that ended up being 9.3% in the end. Turned out killer haha.

DBA -Who has inspired or influenced your brewing?

C.P. It’s no question that the aforementioned Mark Martin and Peter Hoey are two inspirations that I hold in the highest regard as far as inspiring my approach to brewing. Ever since trying Peter’s Odanata Saison Ale, which introduced me to the style, I’ve been on a constant mission to craft a Saison that I feel is of equal quality. A feat not easily accomplished but hey, it’s always good to have goals.

DBA -What is your favorite beer style?

C.P. You probably already guessed it, but the Saison has got to be my favorite beer style. I love and respect many styles of beer but nothing else really comes close. From the rustic flavors and ability to be paired with literally and food of choice, down to the amazing history behind its creation. To me, the Saison is the ultimate romantic of Old World beers.

DBA -What is your favorite beer that you have brewed?

C.P. Okay, I think I’ll step away from Saison’s on this question haha. Even though I do absolutely enjoy and love brewing them. My favorite would have to be a pilot batch of a Belgian Quad that was 100% fermented in an open-top fermenter. That beer was so complex with everything one would expect from a Belgian Quad and ridiculously drinkable for being just shy of 13% abv. It would be stellar to one day re-create that beer.

DBA -What is your favorite beer brewed by others?

C.P. I love IPA’s! We have so many amazing breweries in our region that are consistently killing it in that category and IPA’s are always a great hint at what a brewery is capable of, most of the time. However, I am also constantly keeping my eyes peeled for a refreshing Pilsner, Kölsch, Dark Lager and obviously Saisons.

DBA -What makes a great beer?

C.P. I believe a great beer should be well balanced to where there isn’t one ingredient that is more prominent than the next, style permitting of course. Beyond that, it should be free of flaws and adequate in all other areas of the style, yet also unique to itself in a way that showcases a little bit of the brewer’s personality.

DBA -What beer would you like to brew that you have not yet brewed?

C.P. I’ve always wanted to brew a Schwarzbier (German for black beer). The perfect balance between light and easy drinking with the full flavor of dark malts and the cleanliness of a well-made lager.

C.P. First off, we produce more non-trendy beers which is a double-edged sword. At the same time, I see nothing wrong with brewing beers that represent the background of the minds behind them and if that means brewing a Triple Hazy IPA instead of a Pilsner then so be it. Trendy or non-trendy, I love that we try to offer a little bit of everything and I feel that approach allows us to continue an ancient tradition as well as give our following a bit of insight into our background. Our beers truly reflect where we’ve been and where we’re going.

DBA -What is your favorite hop variety?

C.P. Depends on the beer that I am brewing but I can name a few favorites that I’ve worked with for many years or even for just a small period: Mosaic, El Dorado, Idaho 7, Tettnang, Saaz, and Hallertau Hersbrucker.

C.P. Off-Center Hefeweizen, Water Tower IPA, Late Night Porter and Angel’s Prayer Saison (R.I.P. Selim). In no particular order because I prefer to live dangerously haha. But, although I feel like this flight would be a great representation, there are plenty of other beers here at Sutter Buttes Brewing that would combine to create a very excellent experience.

DBA -How is the history of Sutter Buttes Brewing and the present reflected in the beers?

C.P. The history is always reflected because of the sincere and passionate vision that ultimately led to manifesting SBB into existence. The present is reflected in the same way but more so as the means to carry on that vision. In short, the past is reflected by the present and we’re constantly pushing towards and thriving to act as a vessel of the origins of SBB while at the same time progressing and creating new beers that I know for a fact Mr. Martin would be proud of.

DBA -Where would you most like to go to drink a beer?

C.P. Valhalla or anywhere in the Old World, whichever comes first. (Laughs) Cheers and thank you for this opportunity!